Dear Dr. King, Last Night I Talked To My Son About You

Dear Dr. King, Last Night I Talked To My Son About You 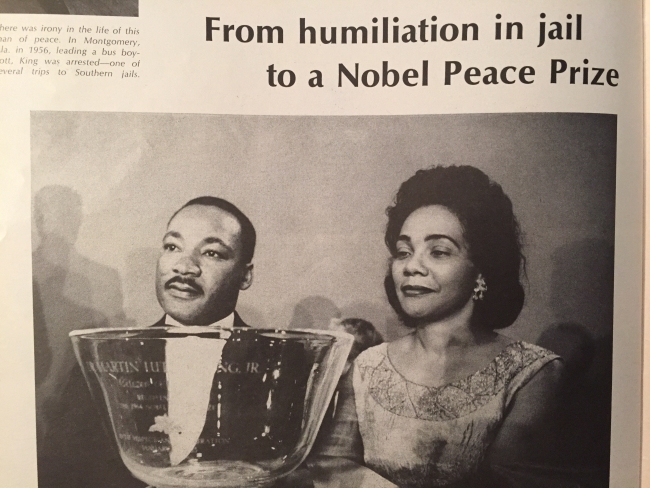 First of all I’d like to wish you a Happy Birthday and say thank you for all you have done to help bring racial reconciliation to the world. Your work and legacy still provides much inspiration and motivation to many around the world.

Last night my five-year old began to ask questions about you and the movement you started in his own five-year old way. Obviously he knew there was no school on Monday because it was a holiday and he’s been learning about you.

A couple of questions he asked his mother and I were:

Why couldn’t the people sit where they wanted to on the bus?
Were there people on the bus being naughty?
Why did he get killed?
Why is there no school on Monday?
Some pretty grown up questions forming in a five-year old inquisitive mind.

Well, I knew he wouldn’t understand words like racism & prejudice just yet, so I thought for a moment and began to try to make it simple so he could comprehend.

Well there was this one lady who looked different and her name was Rosa Parks. She got on the bus one day and she was too tired to walk to the back, so she sat in the front. Because of that Rosa got into trouble.

Now, there was a man named Martin Luther King who heard about Rosa getting into trouble. He was a preacher like your daddy and God told him to start helping people get along no matter if they looked different than others. He began to help people of all different colors. For example, he started helping black people and white people get along all over the country. Just like your mom and I; we look different. She’s white and I’m black but we get along and love each other very much and that’s why you and your sister are here.

Martin was a great man and he did great things for people. Now there were some bad people who didn’t like that Martin was helping people get along and they thought if they killed him then people would stop getting along.

After finishing my story and kissing my son good night, I walked out of his room so thankful for the dream. I hope I can do something in my lifetime that will make an impact as big as yours Dr. King. I remembered one of your famous quotes.

Everybody can be great, because anybody can serve.
– Dr. Martin Luther King Jr