Why Is It So Hard To Apologize?

Why Is It So Hard To Apologize? 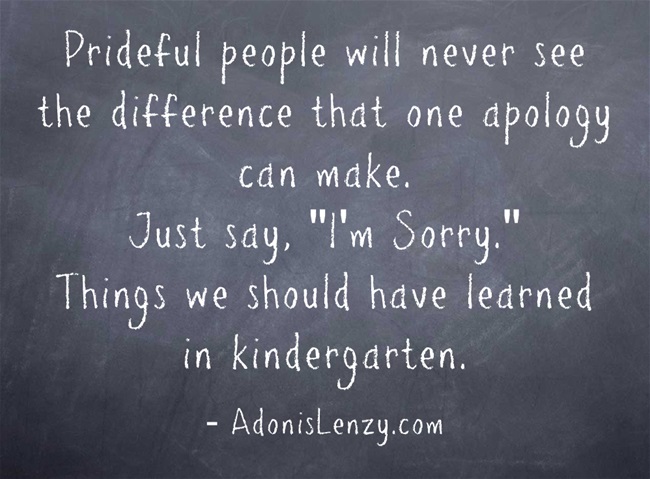 OK, now this is something that we all should have learned in kindergarten.

It’s a simple act that doesn’t require much effort and when done with meaning, it can make all the difference in the world.

Recently we’ve been working with our little girl on the importance of just saying, I’m sorry, whenever she’s done something wrong.

Sometimes she’s reluctant, prideful and just plain stubborn when it comes to apologizing.  In our efforts to work with her, we realized that she had a fear of what would happen after the apology came from her mouth.  She thought something bad would happen to her if she apologized.

To her amazement and relief, she found out that once she apologized, it allowed us to have a conversation with her about what she did.  It then turned into a teaching moment that empowered her to make better choices and decisions the next time.

It’s funny how as adults, we still have some of the same thinking that our little daughter had.  Our pride and stubbornness keeps us from saying something so simple as “I’m Sorry”.

Over my years of working with people I’ve learned that an apology can do wonders.

Prideful people will never see the difference that one apology can make.