What The Heck Are You Still Doing Driving A Cab?

What The Heck Are You Still Doing Driving A Cab? 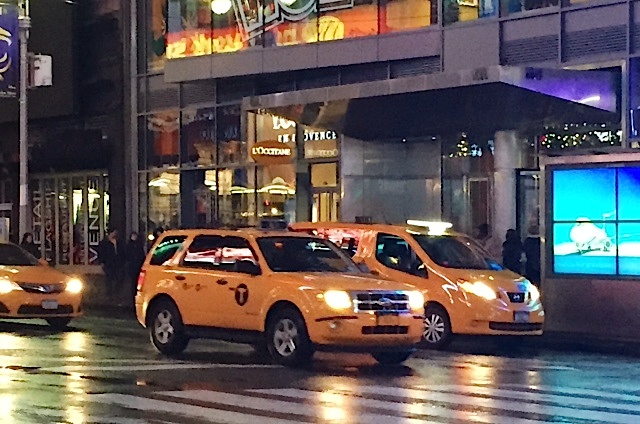 Thinking about doing something is different than actually doing it.

Don’t get stuck in a thought process of trying to figure everything out.

As my grandma used to say, “If you think long, you think wrong.”

Usually when you think about something too long, you will have a tendency to talk yourself out of doing it before you even get started. Or you spend all your time fantasizing about living your dream instead of actually doing what needs to be done in order to start living it in reality.

As a great example of this, there’s a very intense scene in the movie Collateral starring Tom Cruise and Jamie Foxx. Tom plays Vincent, a cool, calm assassin, and Jamie plays Max, the cab driver, whom Vincent forces to drive him around the city to the destina- tion of each of his targets.

Throughout the movie, Vincent and Max have multiple conversations. One of the conversations includes a dream that Max has of owning his own limousine company. Max has a picture of the limousine in his cab and says that driving the cab is just a temporary thing until he reaches his dream. Max admits he even went so far as to convince his mom that he was actually living his dream when in reality, he is far from it.

In one scene, Max confronts Vincent and questions his morality because of what he does for a living. Vincent then turns on

Max and begins to confront him for never having the guts to go after his dream of owning his own limousine company. The look on Max’s face is an expression of utter realization that Vincent is right, he isn’t doing anything to get himself closer to making his life’s dream his reality. It’s a look produced by honest dialogue with himself as he listens to Vincent’s words.

Here are the actual lines from Vincent to Max in the movie with a little editing, due to the language:

“Someday? Someday my dream will come? One night you will wake up and discover it never happened. It’s all turned around on you. It never will. Suddenly you are old. Didn’t happen, and it never will, because you were never going to do it anyway. You’ll push it into memory and then zone out in your barco lounger, being hypnotized by daytime TV for the rest of your life … What the [heck] are you still doing driving a cab?”

Vincent is trying to get Max to see that he needs to put action to his dream and make it happen because it isn’t going to happen all by itself.

Maybe you’ve found yourself stuck in the same situation for years, only dreaming about a brighter tomorrow. If so, take a moment right now and ask yourself this one question and then answer it truthfully. What the heck am I still doing driving a cab?

Sometimes we need a reality check to slap us in the face and wake us up from dreaming so we can actually start doing.

Here is a youtube video link to the movie clip.

**WARNING**: There is some language.